For several years, Whistle Top Brew Co. has been a permanent fixture in the facade of downtown Cornelia, offering patrons a laid-back hub where they can wet their whistle, pair it with some grub and enjoy that weekend’s lineup of live entertainment. Wet your whistle at Whistle Top Brew Co....

For several years, Whistle Top Brew Co. has been a permanent fixture in the facade of downtown Cornelia, offering patrons a laid-back hub where they can wet their whistle, pair it with some grub and enjoy that weekend’s lineup of live entertainment.

“Whistle Top Brew Co. opened its doors on Halloween of 2014 as a growler fill and bottle shop,” said Scott Hulsey, brewer. “We worked with the city of Cornelia to rewrite the alcohol ordinances, as downtown Cornelia was still dry in 2014. It took us just over four years to be able to open as an actual brewery.”

Whistle Top Brew Co. closed in January, but reopened in April, debuting six of its own brews. “Since then, we’ve brewed nine different flavors from IPA, amber, light, dark, sour and in between with plenty more to come,” Scott Hulsey said.

“We are also working on something special for Oktoberfest and for our upcoming birthday on Halloween,” Scott Hulsey said. 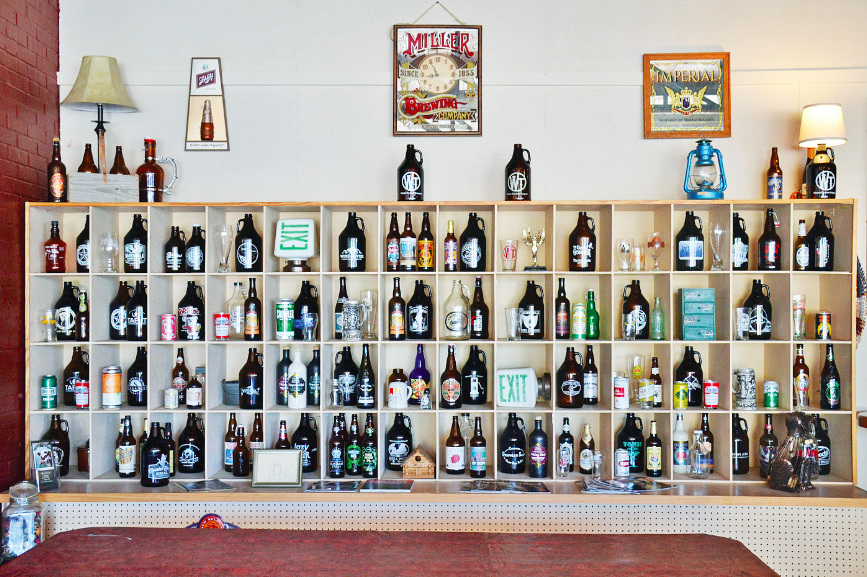 Speaking of its birthday, when it was “born,” Whistle Top Brew Co. got its name from the farm both Gary and Scott Hulsey grew up on.

“Whistle Top Farm has been passed down for several generations, name and all,” Scott Hulsey said.

Gary Hulsey, 59, along with his father, owned Hulsey’s Appliance. A sergeant 1st class in the Georgia Army National Guard and an active member of the local American Legion and Veterans of Foreign Wars (VFW), Gary Hulsey also serves as an elder of First Presbyterian Church of Cornelia (FPCC).

Scott Hulsey, 29, followed in his father’s footsteps, spending six years in the U.S. Marine Corps with two combat deployments. He’s also a lifetime member of the VFW and an elder of FPCC.

Following the military, Scott Hulsey set his sights on his current career, finishing school at the University of Northern Colorado where he majored in industrial chemistry with a concentration and certificate in brewing laboratory sciences.

“The dream started while I was deployed with the Marines,” he said. “It took years of hard work and determination, same as achieving any dream.”

And despite the big dream, Scott Hulsey hasn’t forgotten his roots, which is why he sources the fruit and water used to make the beer locally.

“The water actually comes from a spring on our farm,” he said. “All of the grains have to be malted before I can use them, so most come from the Midwest. Almost all of the brewer’s yeast in the world comes from France or Belgium — I use Belgian yeast.”

Scott Hulsey said, following a strict brewing process, it usually takes him about a week to fully produce a good ale, while lagers take two-three months.

“The atmosphere that we have here at the brewery is less industrial than most breweries,” he said.

“We want this place to be family friendly, somewhere that you’d feel comfortable hanging out and relaxing. We want something that the community can be proud of.”

Scott Hulsey said Trivia Night, on the second Saturday of each month, is by far their busiest night.

“It’s huge!” he said. “Open-mic night has drawn a small crowd as well. We do that on Thursday nights. We’ve also done a vinyl night, which was a lot of fun.”

While Whistle Top Brew Co. doesn’t have a menu of its own, Scott Hulsey said they bring in food trucks on Saturdays.

“We are currently open from 4-10ish on Thursday and Friday, and from 1-10ish on Saturdays,” he said. “We are looking at expanding hours, so keep up with us on Facebook, Instagram and at whistletopbrew.com. I say ‘10ish’ because we won’t kick anyone out at 10, and if the open sign is on, come on in.”