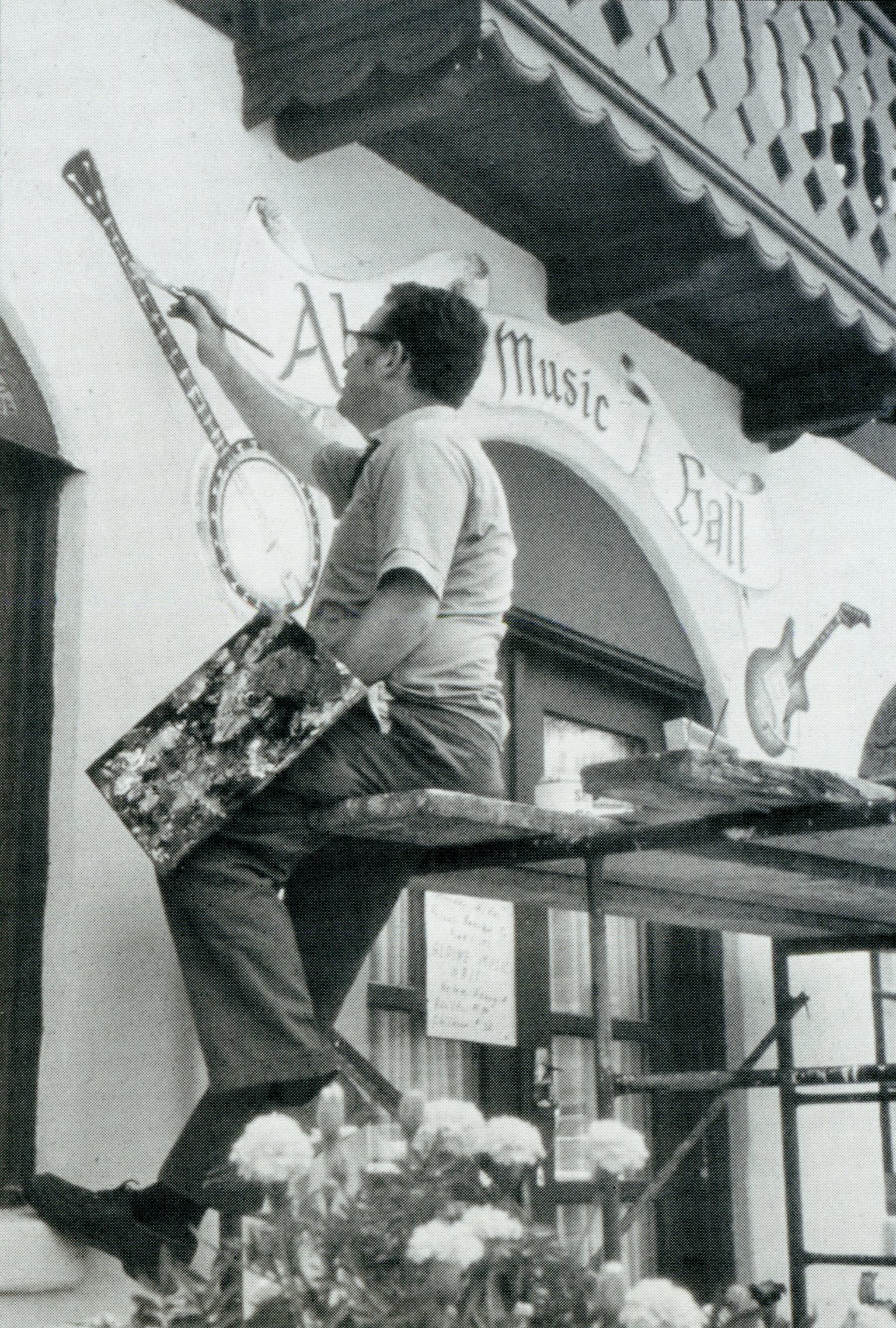 The vision of four men changed the destiny of a small Georgia town forever.

Before becoming the alpine town it is today, Helen was a sawmill town when three local businessmen – Pete Hodkinson, Jim Wilkins and Bob Fowler – decided in 1968 they wanted to help improve the town, according to the book “In the Shadow of Yonah,” by Garrison Baker. They decided to discuss plans with local artist John Kollock.

Kollock shared his ideas for the city’s new look, and the Helen City Council approved his proposal. Work began in January 1969, consisting of remodeling the fronts of some buildings in town. On Sept. 20, 1969, Alpine Helen hosted its first promotional event, the Chattahoochee Trout Festival and Alpine Hoedown. Helen has since thrived, becoming one of Georgia’s most popular tourist destinations

Nancy Kollock, wife of the late John Kollock, said city officials asked her husband if he could provide some “color” to the city, which led to him creating the Bavarian-themed motif. Little did they know that he actually already had a connection to Helen.

“Early, when he was a boy, they used to come to Helen and buy argyle socks,” Nancy Kollock said during a 2019 Coffee and Conversation session hosted by the Helen Arts and Heritage Center. “There was a factory here that made socks and they had a big bin of the rejects, and that’s where the boys went because they were 10 cents.”

The inspiration for Helen’s new look came to John Kollock because he had fallen in love with Bavaria and its towns when he was drafted in the Army and spent time overseas, Nancy Kollock said. When he drove through Helen, John noticed how similar it was to the European land with the mountains and the river.

“When they asked him to do colors for Helen, he had this idea,” Kollock said of her husband, who died in 2014.

“He came over, took pictures of all the buildings, came back to his studio, put tracing paper over the photographs and then did a colored drawing of what that little building could look like if it was ‘alpinized.’”

Pete Hodkinson was a businessman and did promotion for outlets. He was well-known for starting the Helen to Atlantic Balloon Race in 1974. Hue Rainey spoke about Hodkinson at one of the Coffee and Conversation programs in 2019.

“He was an interesting character, and I always felt he never got the credit he was due. He was a master of (free publicity), and he didn’t care if it was good, bad or indifferent, he was going to get publicity. He would create things. He lifted things off of the ground with a balloon, such as a Jeep once.”

Unfortunately, Hodkinson, who passed away in 1976, didn’t live long enough to see all the plans for Alpine Helen come to fruition. Because of his inspiration, Rainey said they were able to continue on.

“He is the reason, because he left enough of us with the ability to follow on like he believed,” Rainey said. “The groundwork he laid with all of us, no one person, hundreds of people, is the reason a lot of these businesses and a lot of people are here.

Jim Wilkins was from Atlanta and later came to Helen. He married Betsy Smith, and they had four sons – Jim Jr., David, Mike and Buddy – all of whom were raised in Helen, said his daughter-in-law and former Helen mayor, Helen Wilkins. From 1946 to 1956, he established Wilco Hosiery Mill, which made argyle socks.

In 1962, Jim Wilkins established Orbit Manufacturing Co., she said. The company, which made women’s apparel, was sold in 1986, and continued under new ownership until 1996.

Wilkins was also very involved with the community.

“He was the first property owner to change his store (the Orbit outlet store) into the alpine design,” Helen Wilkins said. “Everyone saw how good it looked, and that was the start of the change of the face of Helen.”

He also donated the land where the city welcome center and Veterans Park are now located. He built a room at the Helen library, she said.

Jim Wilkins served on the Helen City Council and was the founder and chairman of White County Bank (which later became United Community Bank). He also helped develop Innsbruck subdivision and build the Innsbruck Golf Club.

Bob Fowler was a salesman for Orbit Manufacturing in 1969 and was elected mayor of Helen in the early 1970s.

“As a founder of Alpine Helen, his biggest contribution was getting involved in the formation of an active government,” said Jeff Ash, who served on the city council with Fowler. “He knew that if you’re going to get into the tourist business, then you better know how a tourist business works. As a young person getting involved in government, Bob ran very good meetings that gave us all the confidence in there and keep to stay in there and keep working on the town.”

Helen resident David Wilkins said Fowler worked with Wilkins’ father at Orbit Manufacturing. Fowler became the executive vice president of Orbit in 1966. During his 20 years there, Wilkins said he got to know Fowler well.

“(Fowler) was real instrumental in helping Orbit grow to the way it was,” Wilkins said.

“He was a very loyal man. He was right there with us through thick and thin for the whole time we grew. He was one of the most loyal people I had ever seen. If he was working with you, he gave you 110 percent.”