Alpine Helen may be known widely for its charming Bavarian-themed façades, but it is also some to several popular events that draw crowds to the city. Here’s a timeline of some festivities you can still experience throughout the year.

Full a full list of events, visit helenchamber.com and helenga.org.

1970 - The first Oktoberfest in Helen was held in 1970, and is still going strong today. This is the longest running Oktoberfest in the United States, spanning two months. Patrons can enjoy German music, food, drinks, dancing and more. This is a family-friendly event, and if you show up, be prepared to do the chicken dance, a popular dance at Oktoberfest. Alpine Helen’s Oktoberfest 2019 runs from Sept. 6 to Oct. 28. During the month of September the event is Thursday – Sunday, and will be everyday during the month of October. 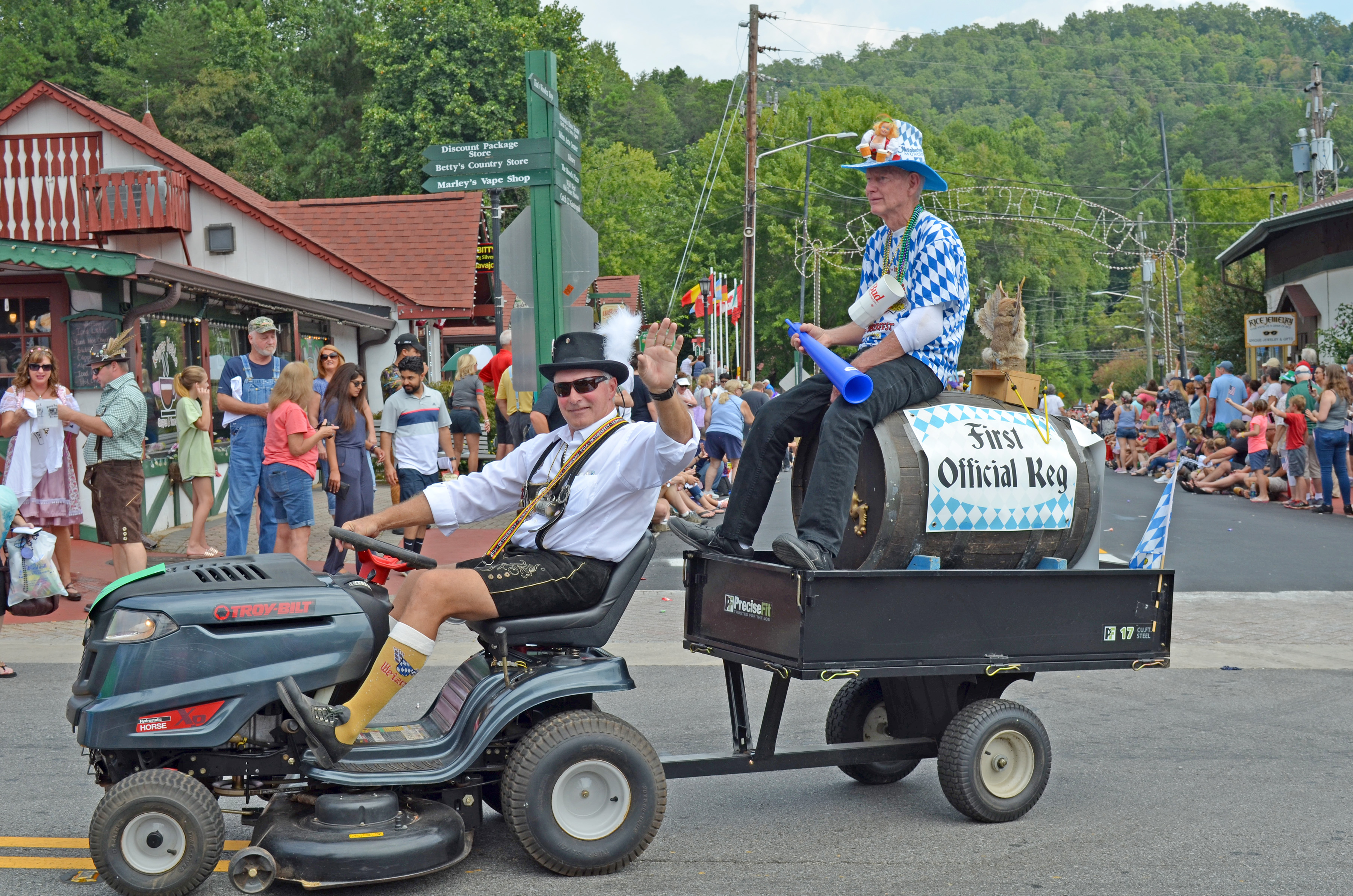 1974 -The next big event to come to Alpine Helen was the Helen to Atlantic Balloon Race. Participants will fly their balloons from Helen and the first person to cross the finish line of I-95, or is ahead at sunset on May 31, is the winner. Besides the balloon race, guests to town can ride hot air balloons rides, assist with the balloon inflations and more. The first balloon was inflated in Helen in fall of 1973, but the first race was held in spring of 1974. The 2019 event will be held May 30, May 31 and June 1. The headquarters for this event since 1974 is the Helendorf Inn.

1978 - The holiday season really hits full force in Helen with the annual Helen Christmas Parade. This event is held rain or shine and features a variety of floats. Kids also line the street to catch the candy thrown from the parade participants. The parade wraps up with Santa Claus making his way down Main Street with Mrs. Claus. The event is scheduled for Saturday, Dec. 14, 2019 at 2 p.m.

1979 - The Christmas season kicks off in Helen with the annual Lighting of the Village and Christmas tree in downtown. Guests pack into the band shell to listen to a chorus sing Christmas songs before the Helen mayor flips the switch to light up the town, including the Christmas tree. After the lighting, kids rush to line up to see Santa and Mrs. Claus, who are brought in on a sleigh to Christmas songs. This year the event is scheduled for Nov. 29 at 6 p.m. (NOTE: According to White County News archives, there were tree lightings for Christmas in 1978. Archives from 1979 archives said in that year there were 10,000 lights turned on.) 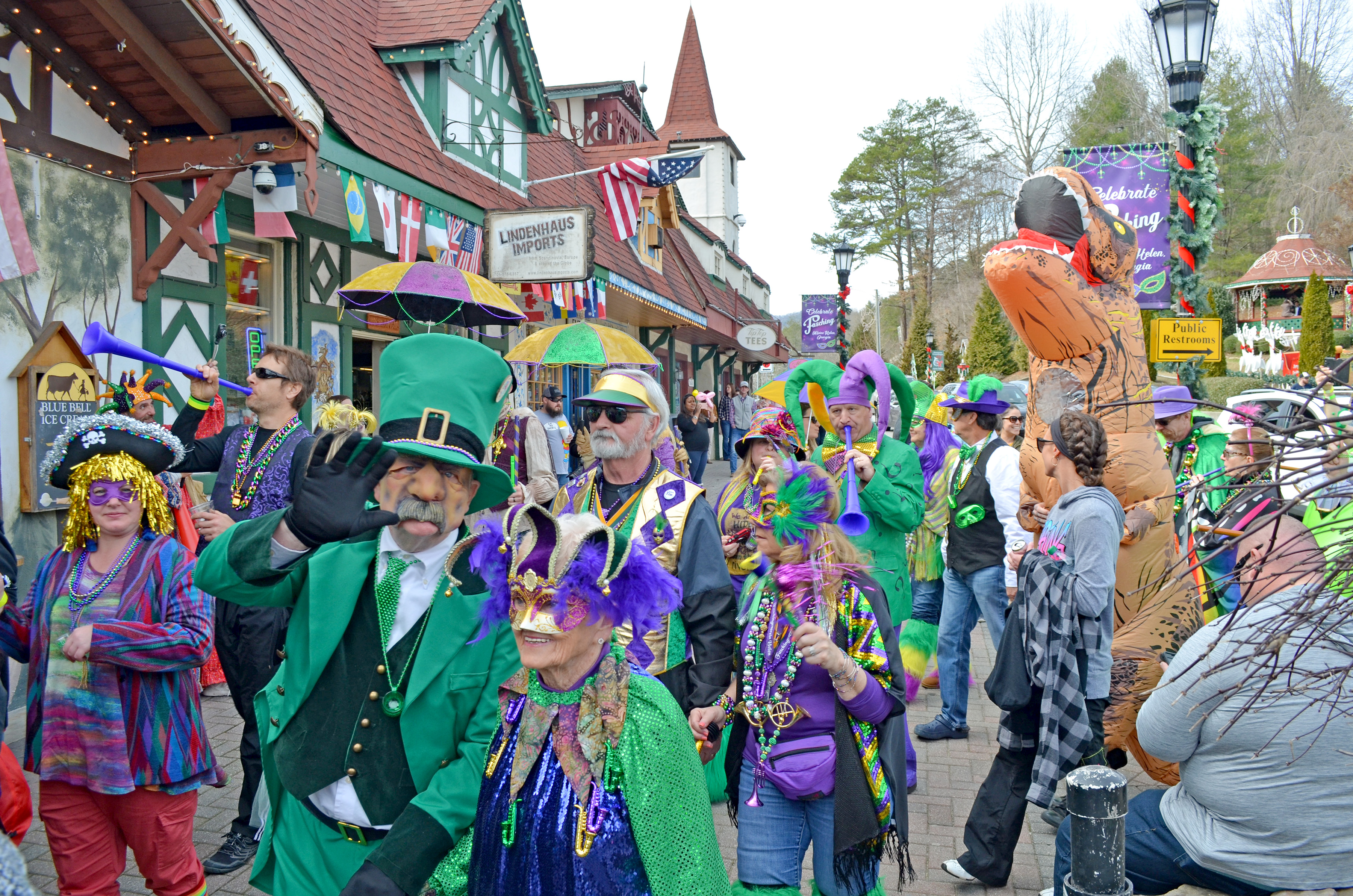 1979 - Alpine Helen wouldn’t be a true German village with out Fasching, the German version of Mardi Gras. This annual event started out with nearly six weeks of events, including a parade through downtown Helen. Now, there are at least three weeks of Fasching parties in Helen, including the annual sidewalk and tubing parade in February, and the party hosted by the Helen Chamber of Commerce.

1990 - The annual Trout Tournament features trout fishing, cash prizes and fun for the family. Participants will try to catch the tagged trout and win one of the prizes. There will be over 400 pounds of trophy trout released into the Chattahoochee River. There are cash prize awards for the top three weights, along with a raffle drawing. (A separate trout festival was held for 19 years starting in 1969.)

1996 - Independence Day has been celebrated for years in Helen, but fireworks came to the city in 1996. Because it’s summertime, people spend all day in town, whether it’s shopping on the marketplatz, tubing the Chattahoochee River or picnicking in the park. The festivities pick up once the sun goes down and the fireworks begin. The fireworks are held on July 4 every year.

2013 -The Dropping of the Edelweiss is one of the newest events to Helen. This is a family-friendly event that is hosted by the Helen Chamber of Commerce to ring in the New Year. An edelweiss is a German flower, and the approximately 4-foot-diameter edelweiss is dropped at the Helen Festhalle. The event is scheduled for Dec. 31.